Sean O’Malley will finally get his turn at the UFC’s bantamweight top-five when he takes on former champion Petr Yan at UFC 280 in October.

Since his time on Dana White’s Contender Series, Sean O’Malley has looked like he has what it takes to deliver behind the brash talk. However, other than a brief setback against Marlon Vera and a disappointing no-contest recently against Pedro Munhoz, O’Malley has not delivered against the level of competition his talent would suggest he face.

He will now step up in a big way against Yan, who most fans believed was the best bantamweight in the world until losing a close fight to new champion Aljamain Sterling just this past April, and will now be looking for a comeback.

As one would expect, the former champion opened as a fair favorite over the young upstart. The first lines to hit oddsmakers’ radar had O’Malley at +210 to Yan’s -250, however, since then, they’ve swelled a bit as Yan is now a -300 favorite and O’Malley a +200 underdog at MyBookie. 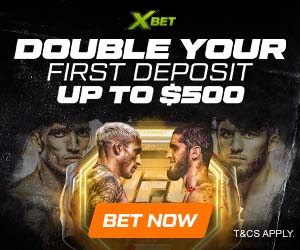 So far, we have Sean O’Malley look like the real deal. He is fast, long, and slick and seems to have the kind of fighter’s instincts that make someone stand out from the pack. However, he hasn’t come close to really showcasing these skills against the caliber of Yan, who has an extensive background in boxing, grappling, and Muay Thai with a UFC championship already under his belt.