Wilder vs. Fury 2 PPV: How to watch, cost, and ESPN+ order guide

RIZIN 21 is just hours away at this point, and all fighters are weighed in and ready to go tonight at the Hamamatsu Arena.

Below, you can find the weigh-in results of all 13 bouts, along with quotes from all fighters involved. Every competitor is on-weight and it is worth knowing that the “Jiu-Jitsu Gauntlet” featuring Roberto de Souza and Team Nakai had no weight stipulations, so they did not weigh-in. 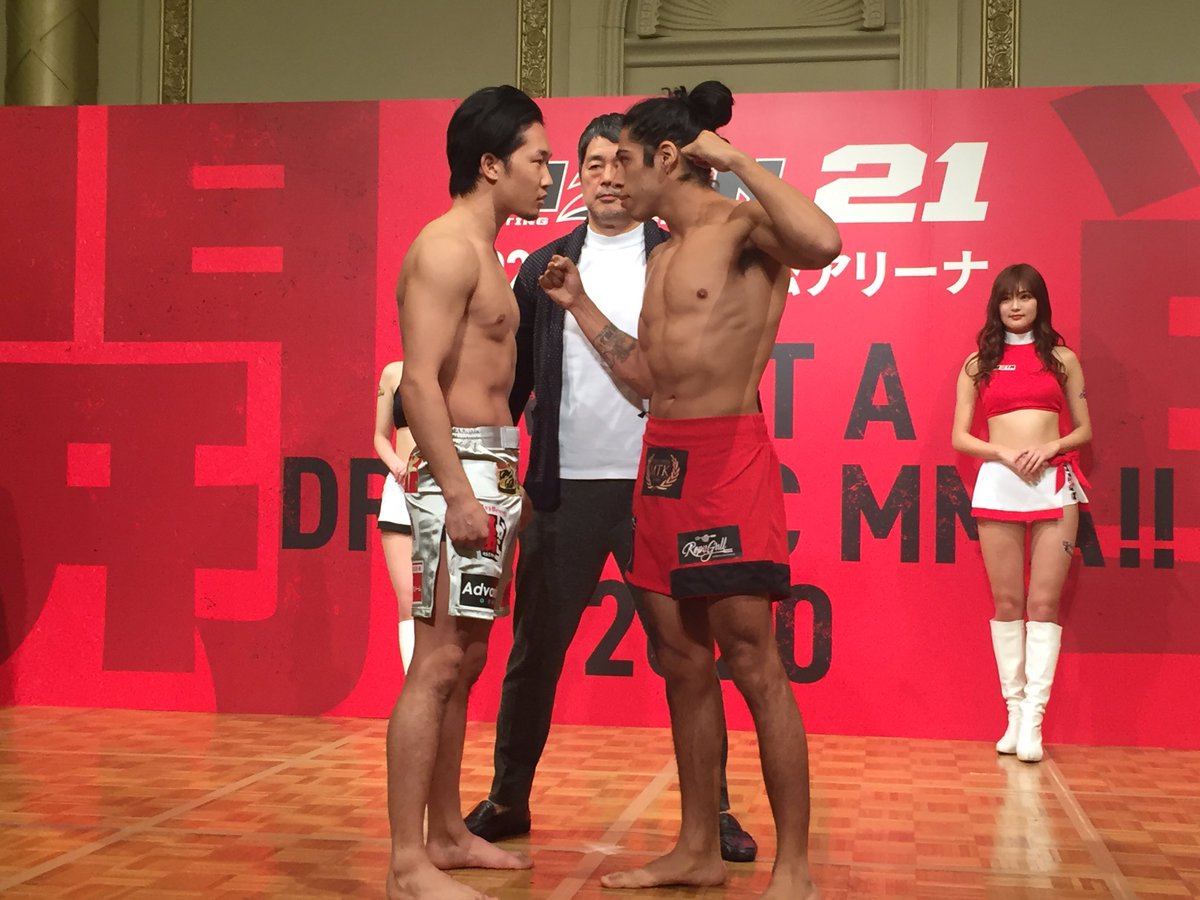 “My opponent is unorthodox and would be tough to deal with. I have been working on my right hand, so I look forward to using it.I used to come to Hamamatsu to participate in street fights, so being here brings back some memories. This city is also the city where I made my MMA debut, so I will try to come back to my roots and fight to finish.”

“I grew up in a rough neighborhood in Mexico City and am no stranger to street fights, much like Asakura. I’m actually very, very excited to hear that Asakura is also a street fighter at heart. It takes a different mindset to fight on the streets, so I think this will be a good fight. This fight will be intense, and strategy will be the key. I have a good chin and a Mexican heart, I want to show that to Japanese fans.” 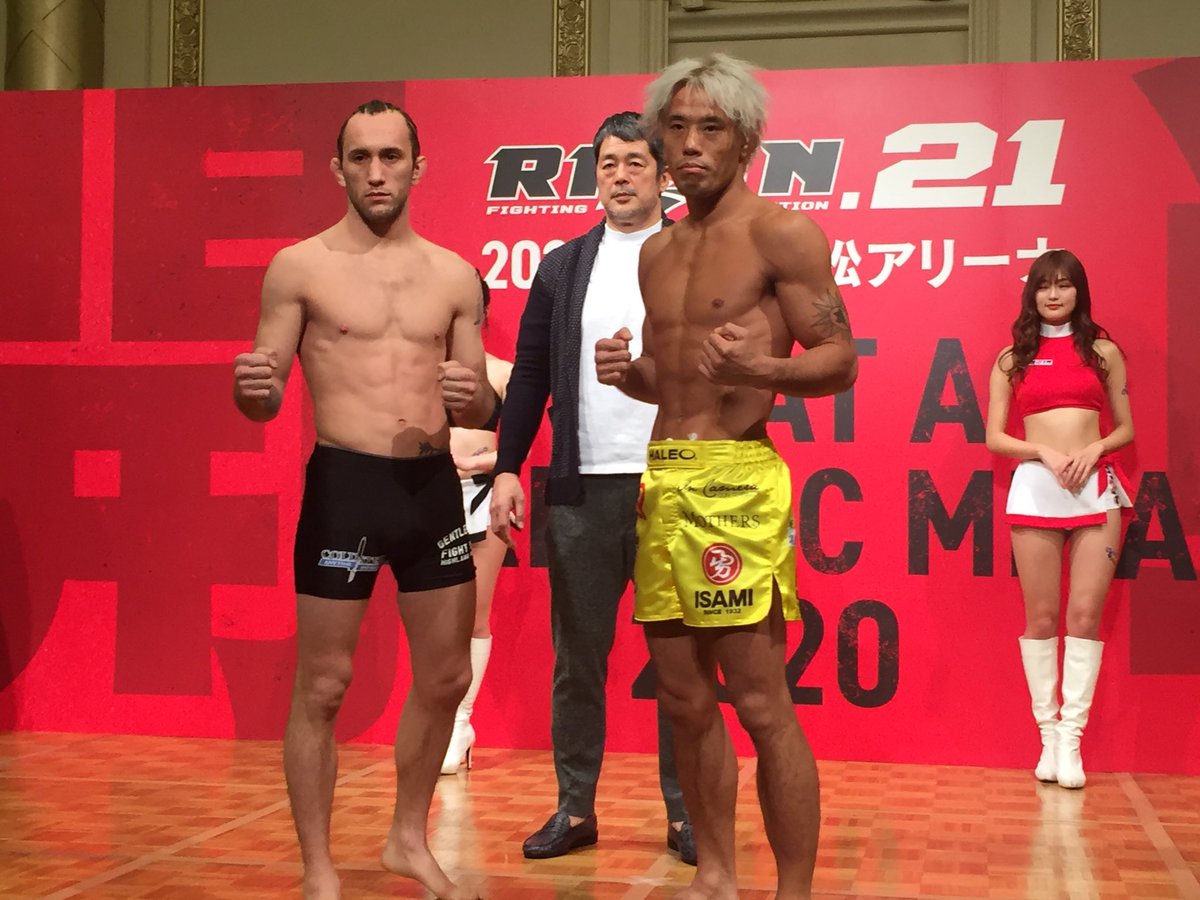 “My opponent is a tough veteran, and he’s used to losing, so I look forward to giving him another one. This will be a very hard fight, but I’m looking forward to overcoming the challenges and getting better after this fight. He’s been training with my previous opponent and is probably sharing secrets, so I plan to show some things that they haven’t seen.”

“Since it’s been a while since my last fight, I have no idea how it’s going to feel when I step back into the ring. I don’t feel old or slow, thankfully, and my conditioning is great. I was thinking of retiring, but I am grateful to RIZIN for giving me this chance for what is likely my last run. RIZIN’s bantamweight division is just stacked with great fighters, and there is a particular fighter I want to face who just so happens to be in this division, but I will save it until after I get the win.” 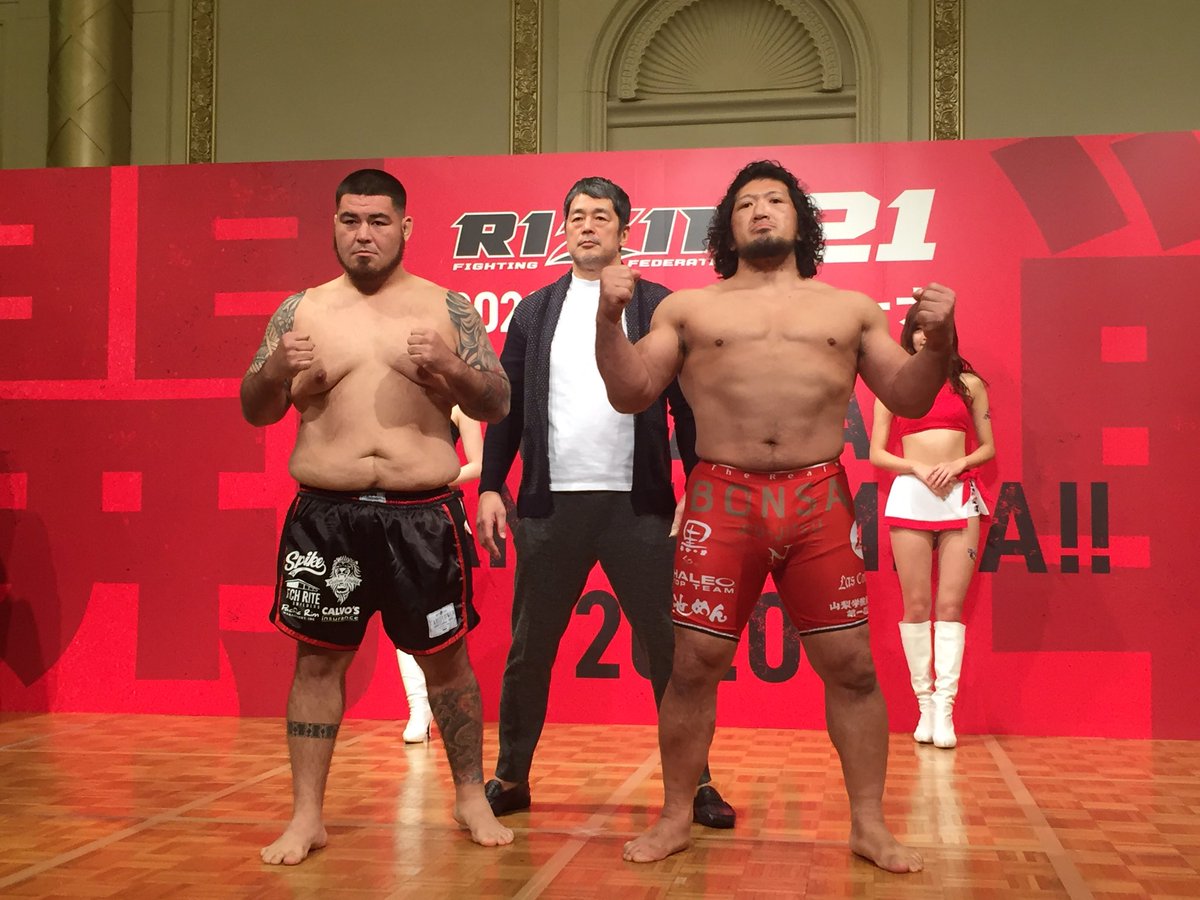 “My opponent has great ground skills and I am honored to face somebody like him. I hope to keep the fight standing, but I am no stranger to the ground so I can fight wherever the fight goes. But standing and trading is much more fun, so I hope we get to stand and trade. I have something special ready for the fans… don’t blink.”

“My opponent has good hands, but I want to show the greatness of pro-wrestlers, so I will fight as one. Look out for my suplex attempts! As a professional, I think me and my opponent have to work hard on putting on an entertaining performance to please the crowd. I know he has heavy hips, but I am confident I can toss him once I get my grip.” 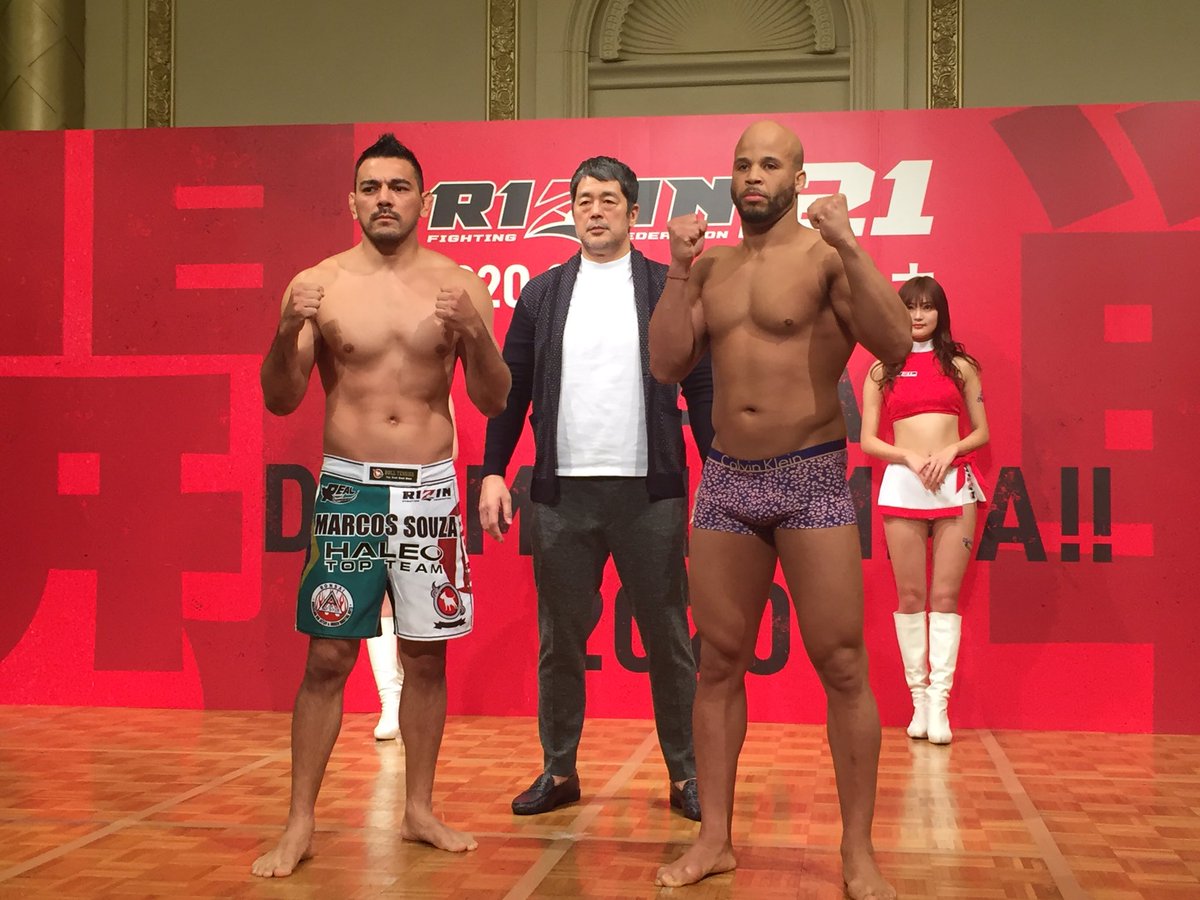 “I think my opponent will come out very strong for the first few minutes but I am not too worried. I will do my best to get the win. I wasn’t able to show my BJJ in my last fight, so I have to plan to utilize my skills this time.”

“My opponent is a superb ground fighter, but I am much better-rounded and can fight better overall. I want to show everybody that I am a complete fighter. I have worked on keeping the fight to points where I can fight the best.” 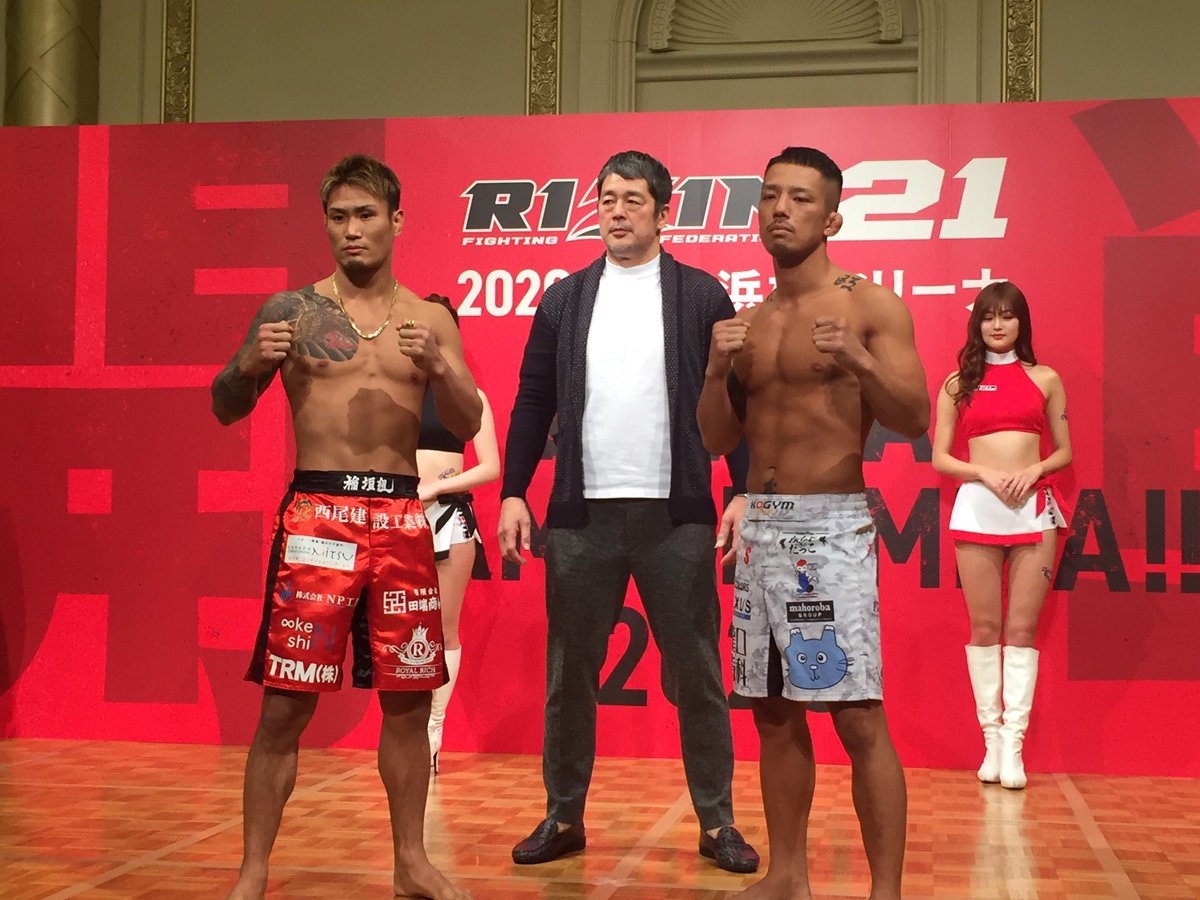 “We are both strikers, but he’s more of a counter guy. I can end the fight when I land my strikes and it shouldn’t take too long. I have been waiting for this moment for a long time and I can’t wait to show what I can do and prove that I belong here. I will make a statement and earn myself an opportunity to face the top guys in the division.”

“My opponent is a very aggressive fighter so this will be a fun fight. I am predominantly a striker, so it will be fun, but I have been working on my ground with the Souza brothers. So I would like to show my improvement on the ground as well if possible.” 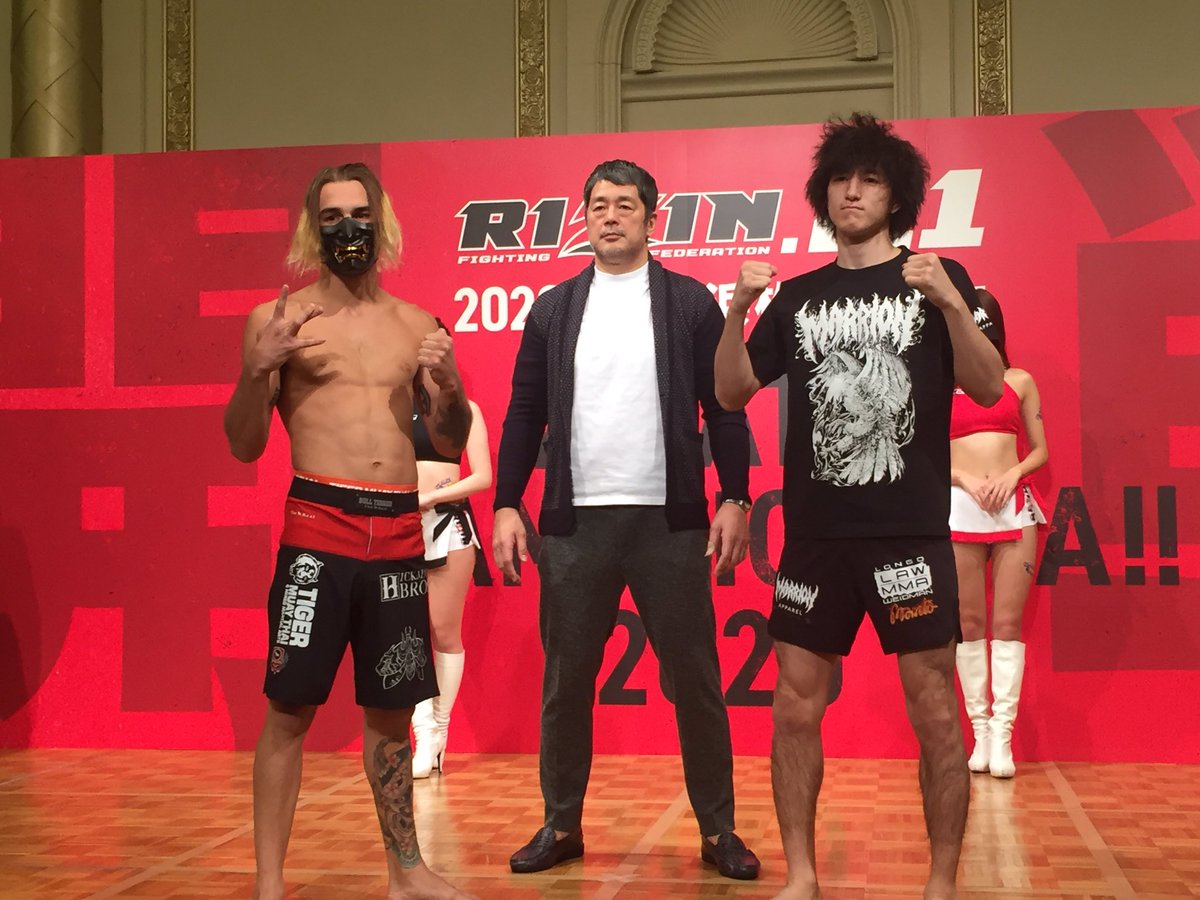 “My opponent is a basic fighter with no real threats, and I consider this a pretty easy fight honestly. I like to cut my opponents. I like to make them bleed. So I hope to land my elbows. RIZIN’s bantamweight division is currently stacked and has so many fun match-ups for me. I will show pure violence and prove that I belong in this division.”

“Me and my opponent are both the same age and have the same amount of professional fights. He’s a good striker with good takedown defense, but I would like to utilize my speed and technique to dominate him. He said I was weak and should go back down to flyweight, but he will feel my power on Saturday.” 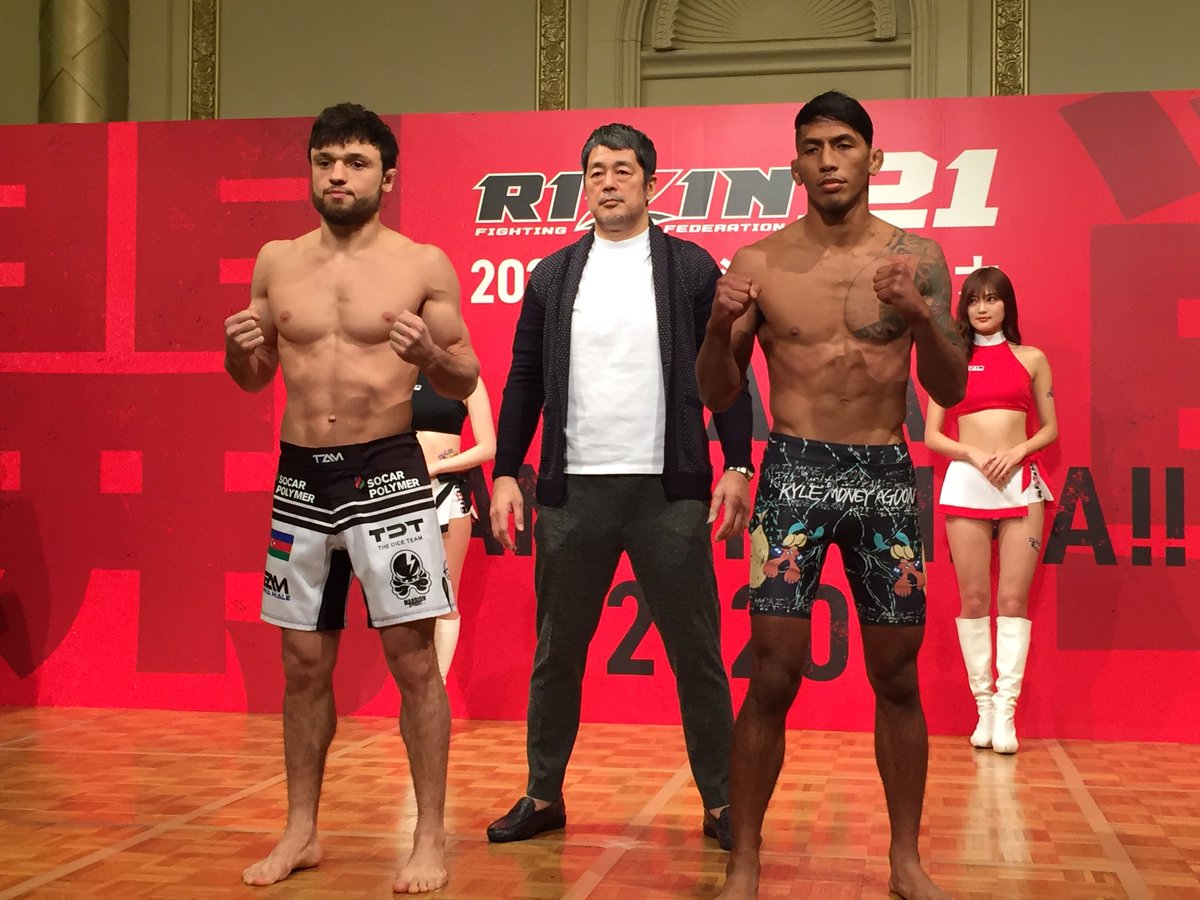 “I plan to show my overall skills and my character as a fighter. I know this will be a tough fight, but I am going in there to do my best. I am excited to be fighting in RIZIN and plan to follow in the foot steps of my good friend Tofiq. RIZIN has become very famous in Azerbaijan because of him, and I hope to join him.”

“I am looked at as a guy who wins by decisions, but RIZIN is a platform where fighters need to put on entertaining fights and the judging system is different. I plan to use that knowledge with my experience and technique to take advantage of the new setting. We are both tough and hard to finish so I expect a war, but at the end my technique will take over.” 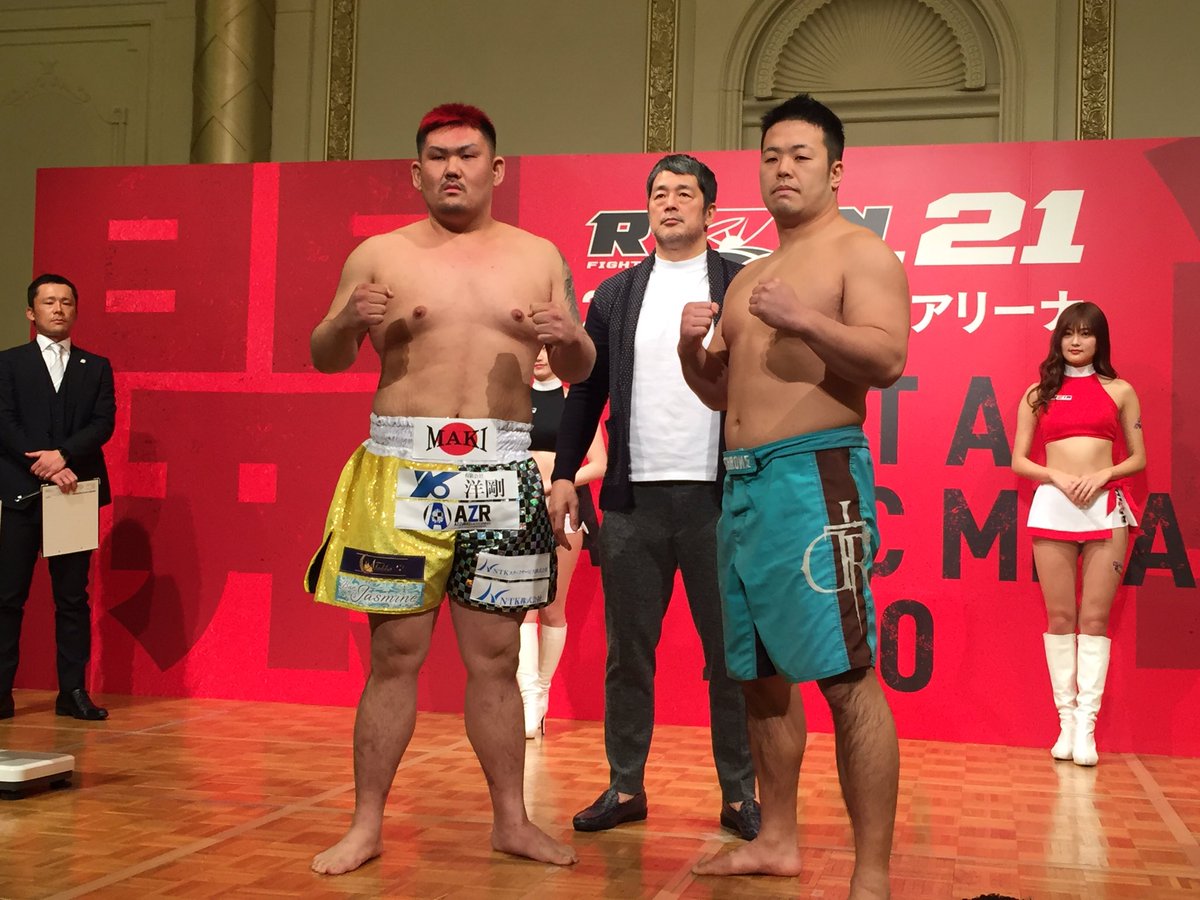 “I’m a rare Japanese heavyweight muay thai fighter, so I want to show what I’ve got to these RIZIN fans. My opponent is an MMA fighter and I know he’s going to try and counter my kicks, but I won’t let him hit me that easy. I am a big guy but I move quickly.”

“My opponent is a traditional muay thai guy and a local champ. He looks like he’s a big guy, so I will see what happens once the bell rings. The fight will end by a knockout, not too sure which one of us goes down, but one of us will for sure.” 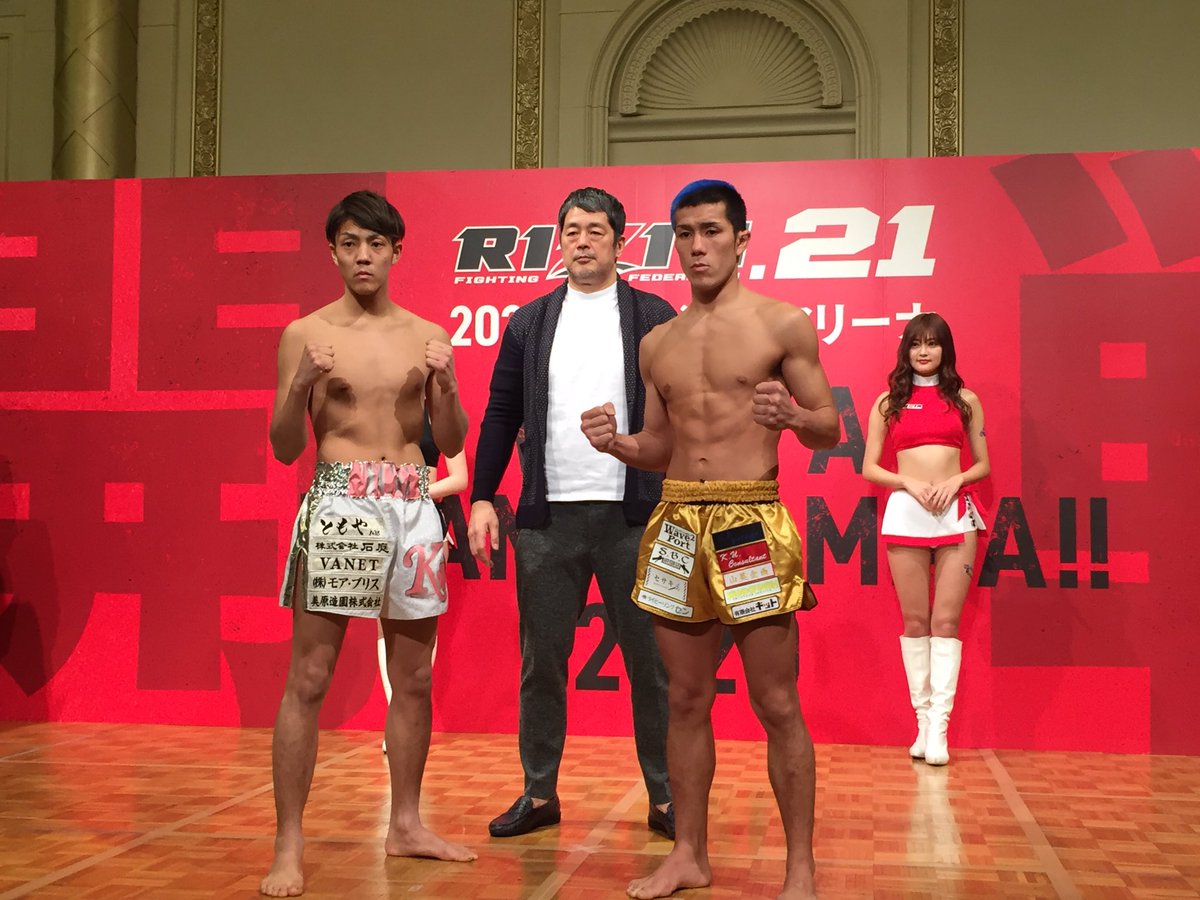 “My opponent doesn’t have much worth fearing, but he has a strong heart. I would like to show my speed and technique.”

My opponent has a longer reach and has a good head kick so I need to definitely be aware of those. I want to put on a good show for the fans and leave good impression.” 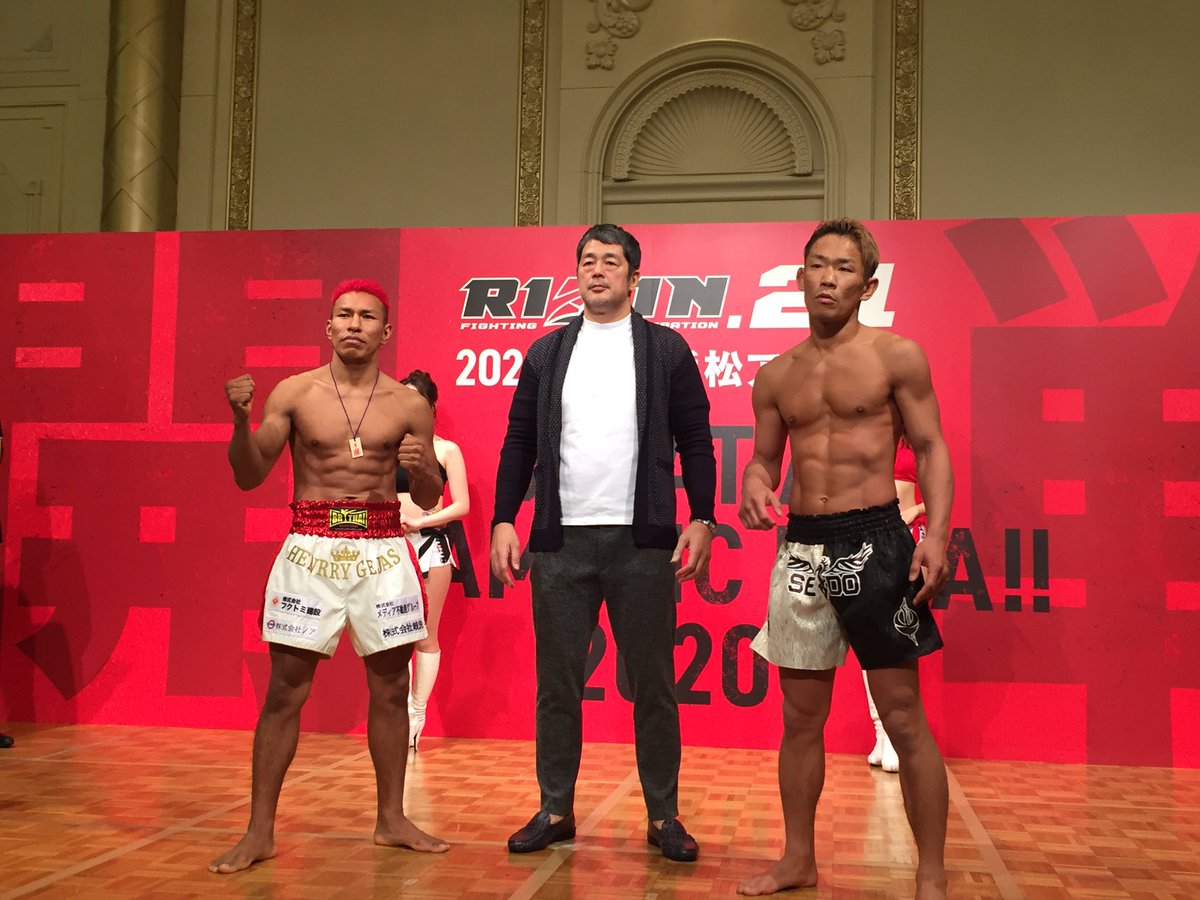 “My opponent has a tremendous heart and will never quit. He keeps coming forward, I always go forward, so this has all the makings of a great fight. I plan to put on a great performance on such a great stage.”

“My opponent is aggressive so I think that it will turn out to be an exciting fight. I have been competing for a while and don’t have any significant accomplishments but I love what I do and I hope to inspire others with my gritty style.” 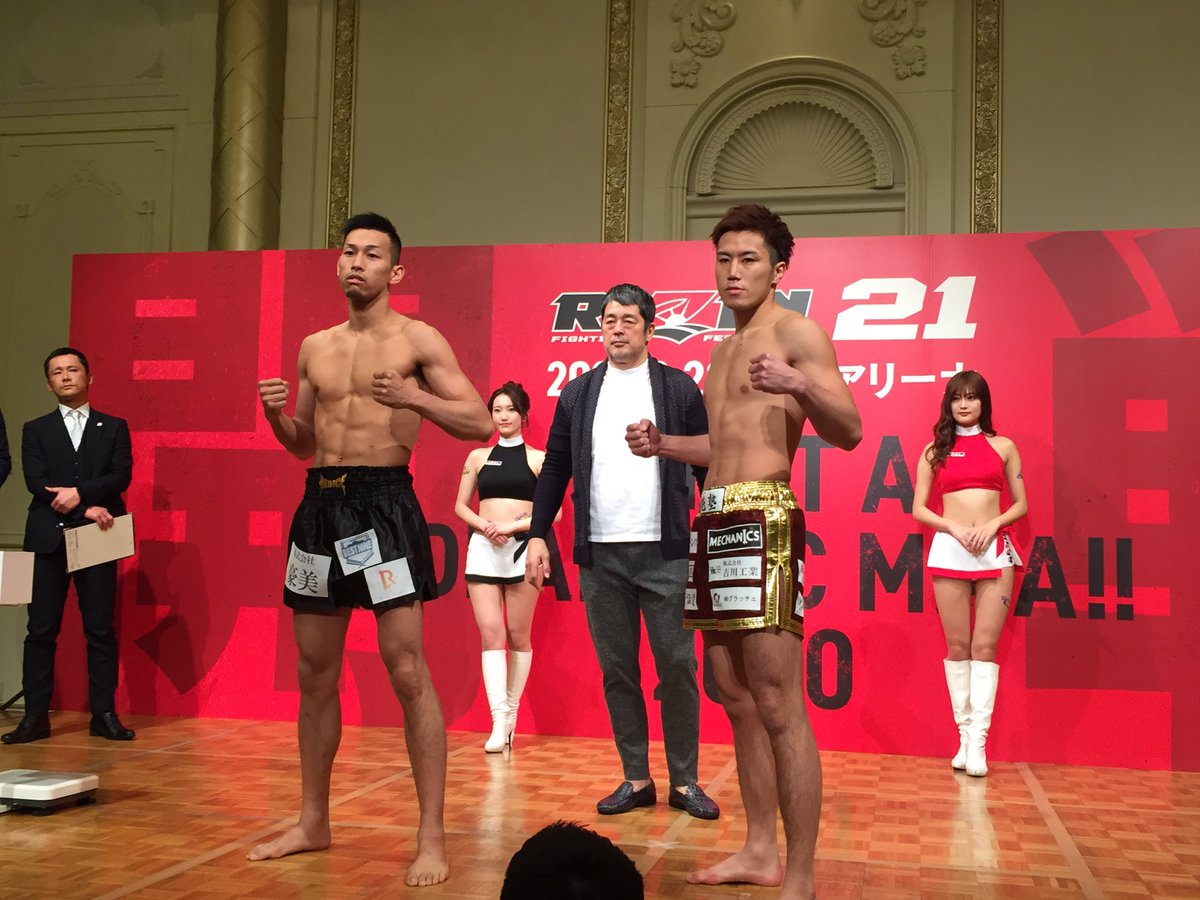 “I don’t know much about my opponent but I know that he’s taller than me. I am actually excited to be facing a fighter that I know nothing about. I look forward to put on a show and doing so while improvising.”

“I have won both of my pro fights by knockout in the first round, so I hope to continue that streak. My opponent has more experience than me, but that doesn’t matter.” 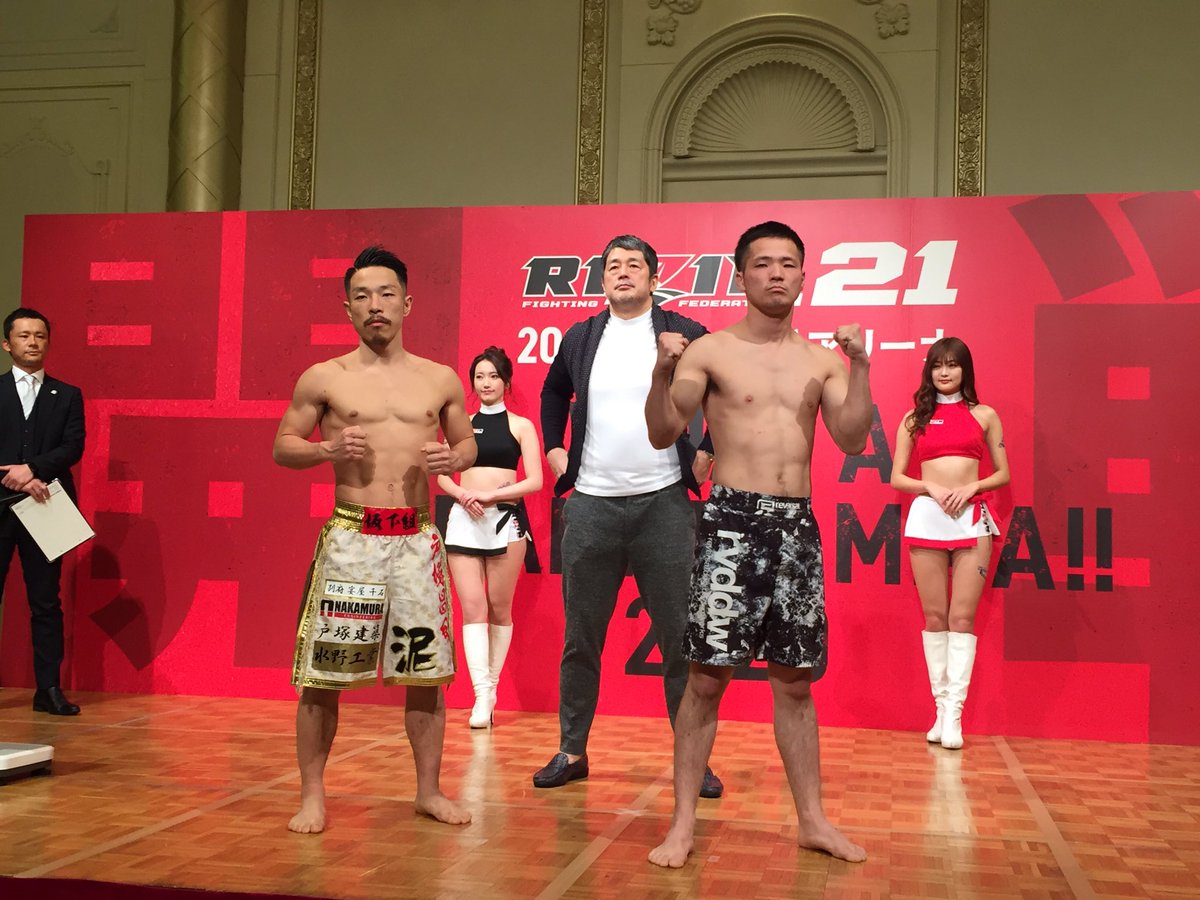 “My opponent uses his left body kick a lot, so I have some plans to counter that. I want to show my strong heart and warrior spirit.”

“My opponent has lots of stamina, and is a tough in-fighter. This is how I fight as well, so this will be a phone booth brawl.”

RIZIN 21 goes down in just hours and the event can be purchased on FITE TV. Do so for unlimited lifetime replays, as well!