Smith vs. Ankalaev is part of a five-fight main card that features two title fights and is available to watch only on + in the United States. Order UFC 277 here to watch this fight and all others live or on replay.

Ankalaev is a fast-rising light heavyweight contender who has managed an impressive streak of victories in the UFC since joining in 2018. He’s now on an eight-fight win streak with recent wins against Thiago Santos, Volkan Oezdemir, Nikita Krylov, and Ion Cutelaba.

Smith has returned to form following consecutive defeats to Aleksander Rakic and Glover Teixeira in 2020. He’s since defeated Ryan Spann, Jimmy Crute, and Devin Clark, all by way of stoppage.

Read on for our full fight play-by-play updates, live blog, results, and video highlights during the Anthony Smith vs. Magomed Ankalaev fight on the UFC 277 PPV main card. 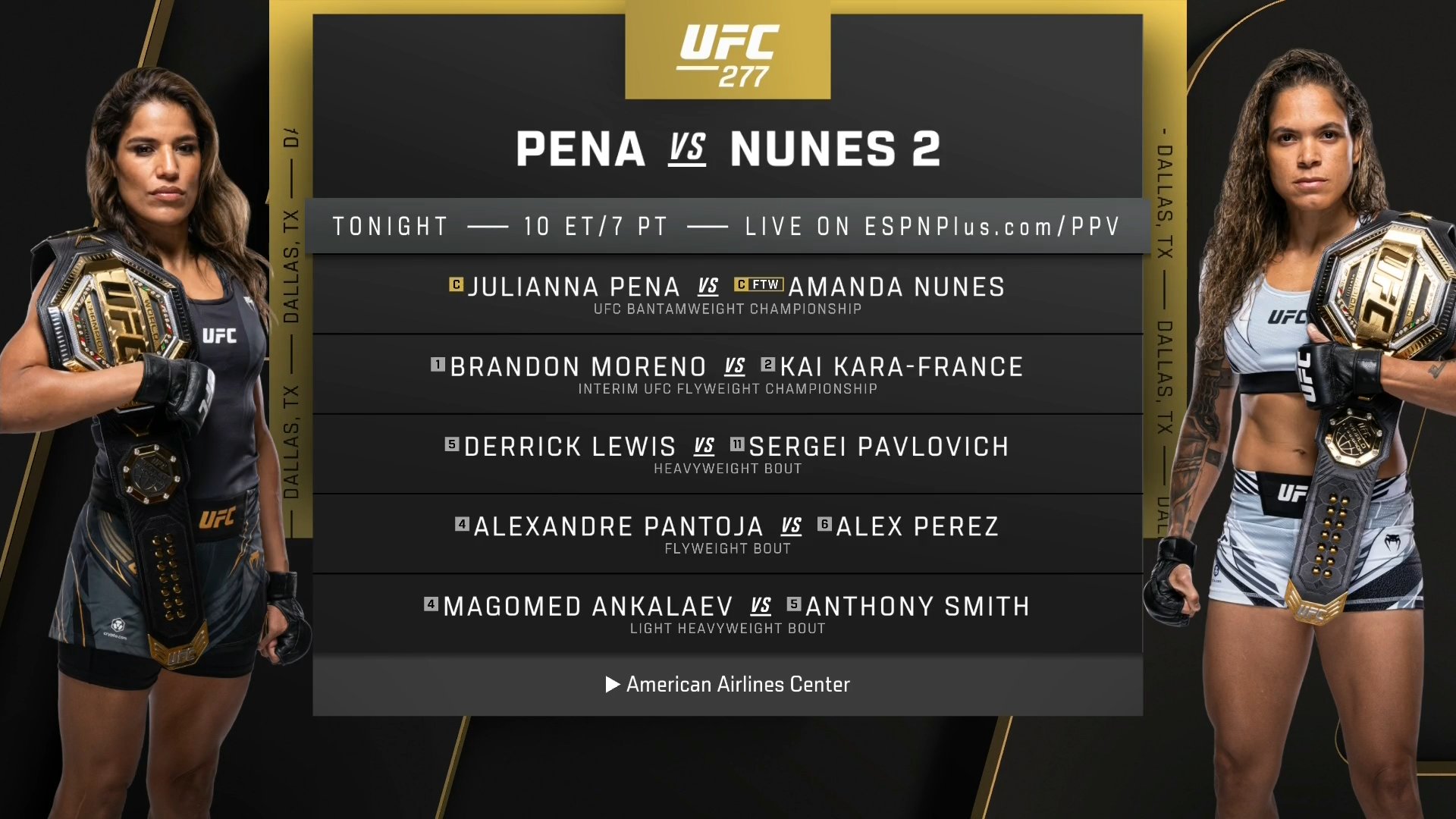 Tough, technical fight so far. Ankalaev’s high kick is blocked. Ankalaev nice right hand and switches to a right leg kick as Smith tries to move back out of range. Smith loses balance and falls to his back. Ankalaev stands above him and kicks his legs. Nothing particularly significant in round one but Ankalaev did a bit more than Smith.

Looks like Anthony Smith is carrying some sort of ankle injury into round two. He briefly mentioned it to his corner. He comes back out to start the second round with the same kind of pressure on Ankalaev, moving him backward with forward pressure. Smith looks sore, though, and falls into a takedown attempt.

He’s clinching with Ankalaev against the cage now. His posture is broken, and has his head into the hips of Ankalaev, who is striking the head of Smith. Smith’s stuck now, and it looks like Ankalaev could move into top position if he wanted to, as Smith is basically encouraging him to fall on top. Ankalaev doesn’t want to go down with him, though, and remains postured up. Heavy strikes from Ankalaev now. He’s postured over Smith, who is on his back. Smith sits up and ties his hands around Ankalaev’s waist. Big strikes from Ankalaev force Smith to cover up. Smith is in turtle position now, and Ankalaev is just overwhelming him from strikes from behind. The referee steps in to stop the fight. Smith’s in serious trouble and is clearly in pain from his leg/ankle injury.

A NEW LHW CONTENDER HAS EMERGED!

The ankle injury could have came at the end of round 1 when Anthony was blocking the kicks off his back. #UFC277